Home/Articles/Work environnement – a cause of mental health disease?

Work environnement, a cause of mental health disease

Is mental health disease linked to poor work environment? For decades now, numerous surveys and models has found a clear connection. Some are even well on their way to establish a causal link. This is the case of Karasek’s model, the most famous stress-model. In 1979, Robert Karasek, a professor in psychology designed a model to explain and evaluate psychosocial risks at work. His model, the job-demand model which was updated to include support together with Töres Theorell a few years later, covers three different dimensions that can explain the relationship between occupational diseases and a stressful working environment:

Social support : This dimension includes the social-emotional and instrumental aspects from the hierarchy but also from colleagues. 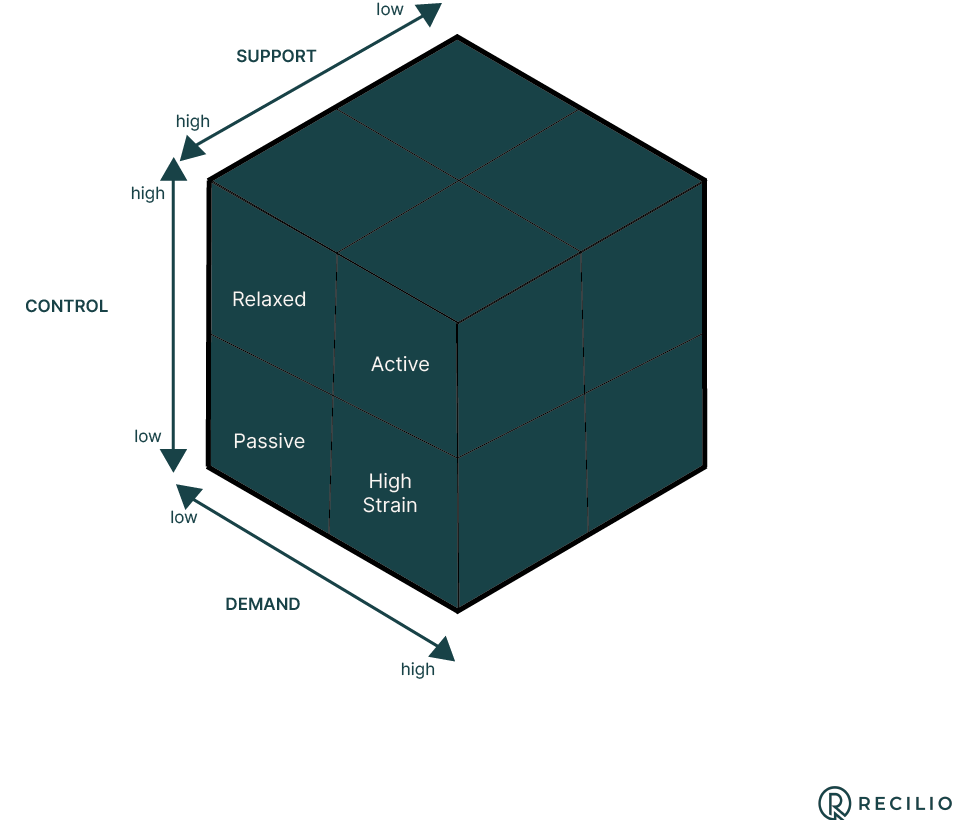 According to Karasek’s « job-demands-resources model », jobs can be classified into four different types and each of those is linked to mental health. The first one, « high-strain job », presents the highest risk. In these types of work, the psychological demand is high while at the same time the decision latitude is low. Workers also lack support which in this case a type of resources that helps to deal with demand. Work like this leads to fatigue, anxiety, depression and physical illness.

In the second dimension, « active jobs », workers have sufficient control and freedom over their activities and can develop their skills. These kind of workers are associated with average psychological strain and active leisure time.

Thirdly, the « low-strain-job »dimension describes a working situation with few psychological demands and a high level of control. Workers in this job model are predicted to have lower than average levels of psychological strain.

Finally, the « passive job » dimension, characterized by low demands and low control is linked to average levels of psychological strain and health risks with lack of motivation and possibly involve atrophying of skills and abilities.

Even if a causal relationship is difficult to show in this case, studies tend to point to the fact that women and men are not equal when it comes to working conditions and the risks of developing mental health illness. According to the Swedish Work Environment Authority, « women are more likely to get sick due to their work, while men are more often affected by accidents requiring sick leave, and by death at work ». 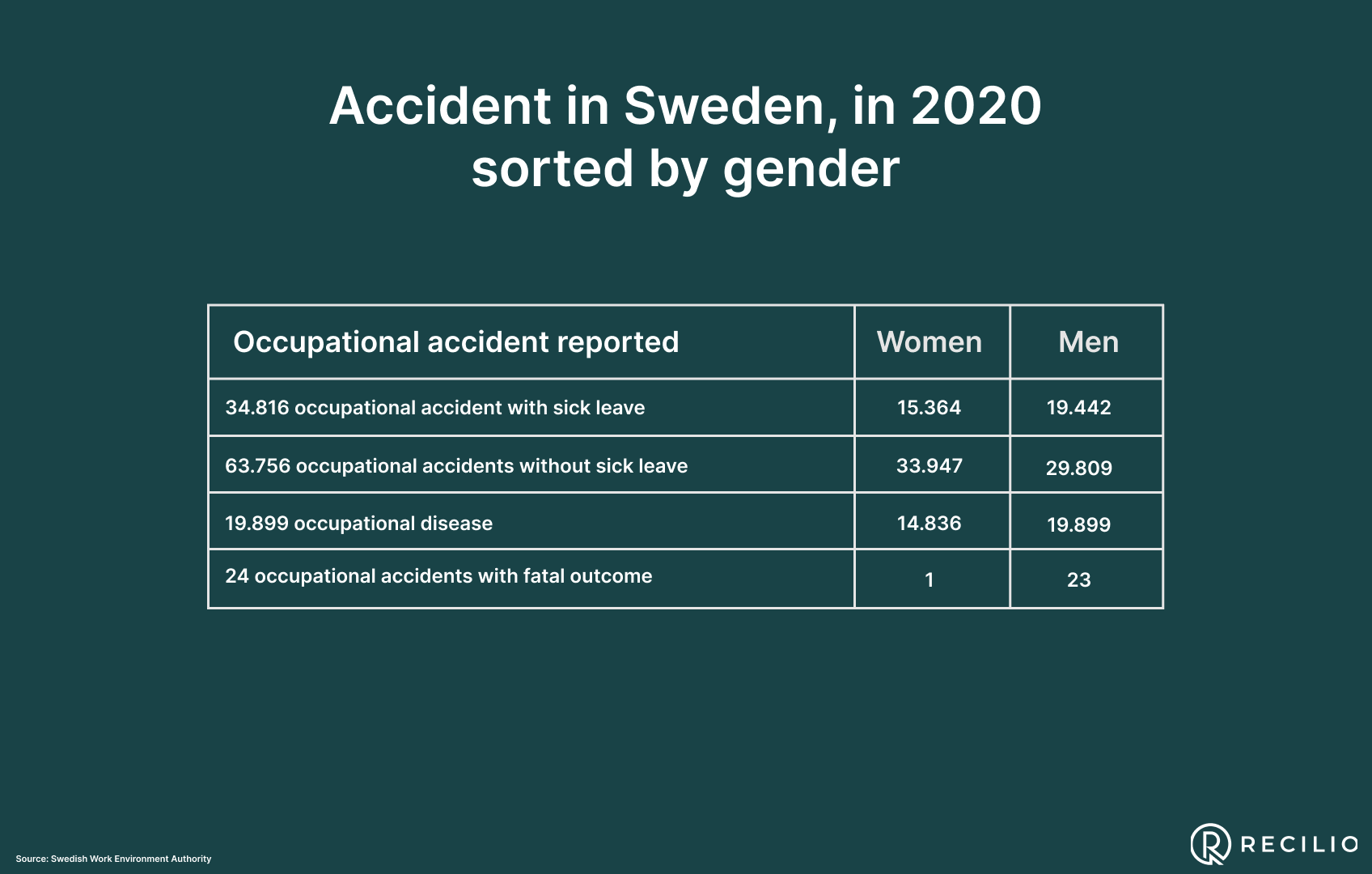 It stands clear that a poor work environment is linked to mental health issues. What if work environment was also linked to happiness? And what if, this link was much stronger? This is the comments of Dr. Peter Smith, the lead researcher of the Institute for Work & Health study. According to him, better workplace conditions are linked not only with lower risks of mental illnesses, but also with an increased likelihood of workers having flourishing mental health.

Efforts from companies to tackle mental health problems such as depression and anxiety, may have real impact in more than one way. This is great news for all employers – Improving working conditions will reduce mental health issues but they can also increase their employees’ life satisfaction, sense of purpose and connection to the community.

Interested? RECILIO would love to get in touch with you!

If you enjoyed reading this, please explore our other articles below

Back to resources
Page load link

This website uses cookies to improve your experience while you navigate through the website. Out of these, the cookies that are categorized as necessary are stored on your browser as they are essential for the working of basic functionalities of the website. We also use third-party cookies that help us analyze and understand how you use this website. These cookies will be stored in your browser only with your consent. You also have the option to opt-out of these cookies. But opting out of some of these cookies may affect your browsing experience.
Necessary Always Enabled
Necessary cookies are absolutely essential for the website to function properly. These cookies ensure basic functionalities and security features of the website, anonymously.
Functional
Functional cookies help to perform certain functionalities like sharing the content of the website on social media platforms, collect feedbacks, and other third-party features.
Performance
Performance cookies are used to understand and analyze the key performance indexes of the website which helps in delivering a better user experience for the visitors.
Analytics
Analytical cookies are used to understand how visitors interact with the website. These cookies help provide information on metrics the number of visitors, bounce rate, traffic source, etc.
Advertisement
Advertisement cookies are used to provide visitors with relevant ads and marketing campaigns. These cookies track visitors across websites and collect information to provide customized ads.
Others
Other uncategorized cookies are those that are being analyzed and have not been classified into a category as yet.
SAVE & ACCEPT
Go to Top